A suitcase sprouts limbs and eventually turns into a man. A woman tapes shattered bodies back together. Laborers are grown from seeds. A revolution grows from seeds in the desert. Elevators consume children. Tongues rip themselves from the mouths of the schoolchildren housing them and explode into words, causing chaos as they land upon the wrong referents. Cockroaches imitate humans to wage war against them. Immigrants continue to be objectified in seemingly endless lists: they are re-identified and re-categorized in terms connoting sexuality, crime, and murder. Ancient mythologies and stories of love-gone-wrong return to haunt while they simultaneously give birth to the present. Economic struggles provoke sexual, violent altercations. And don’t forget about the people smuggling other people inside their stomachs. And all the while, linguistic barriers prevent moments of true connection or, occasionally, they falter long enough for a startling revolution or painful revelation.

Deepak Unnikrishnan’s 2017 collection of short fiction, Temporary People, consists of three “books,” each of which contain a brief introduction—no more than a page—followed by anywhere from eight to ten stories, some of which are only a page or so in length, but most of which amount to average-length short stories. Although all of these stories are clearly connected by some focal point in the United Arab Emirates, they are united not just geographically but also thematically. In his introduction, Unnikrishnan states that “Temporary People is a work of fiction set in the UAE, where I was raised and where foreign nationals constitute over 80% of the population. It is a nation built by people who are eventually required to leave” (vii). When the vast majority of a populace builds a nation only to be forced to depart, when the vast majority of a population are acknowledged as being citizens, as being “people,” on a limited basis, only so long as they can fulfill their usefulness, working to create but never to enjoy the fruits of their labor, what is the inevitable result? Unnikrishnan’s collection explores various responses to this exact question.

I hesitate to use to the term “magical realism” with reference to a book written by an author from the United Arab Emirates rather than Latin America, but the straightforward and unsurprised manner with which Unnikrishnan presents the extraordinary in terms of the mundane forces me to adopt such a term. This series of overlapping short stories forces readers to confront the very nature of humanity not amidst dramatic battlefield scenes of revolution and rebellion but much more often in the subtler battlegrounds of everyday people struggling to determine their own purpose in a history that has forgotten them, that pushes them to the margins, relegating them to the status of noncitizen or, worse yet, the status of the less-than-human.

The title and the self-stated purpose behind this collection of stories seem straightforward enough, but the book is more than a mere polemic on the rights of migrant workers or citizens who exist in a world of limited or conditional rights. Labeling this collection as purely political would fail to acknowledge the book’s aesthetic merits. Unnikrishnan’s work is a subtle and careful combination of narratives from a variety of temporal, geographical, and interpersonal perspectives that paints a larger picture of the immediate problem. Indeed, his work does more than question the political situation to which he directly refers. His stories challenge one’s notions of language, of cultural sensibility, of how one considers objects and objecthood itself. In a parade of stories, all of which artfully overlap, Deepak Unnikrishnan strikes blow after blow upon the reader, as sharp as a tongue that has leapt from the mouth of an English-speaking schoolboy, wrestling its way to independence.

Unnikrishnan uses absurd and fantastical narratives to explore metaphors involving the ways in which language, personhood, and objecthood are all enmeshed. In “Glossary,” a boy’s tongue leaps from his mouth and grows limbs, a face, and a mouth of its own, only to be struck by a passing vehicle, thereby “causing all the nouns the now deceased tongue had accumulated in its time in the boy’s mouth to be released into the air like shrapnel, hitting/injuring unsuspecting inanimate and animate things” (97). As throughout all of these stories, language here is dangerous, exploding to wreak havoc. It’s also worth noting that Unnikrishnan depicts both animate and inanimate objects as equally unsuspecting, which further problematizes distinctions between personhood and objecthood, especially when the words land upon inappropriate referents: “Because nouns dropped like hail, there were mistakes. The word(s) Teenage Mutant Ninja Turtles hit a window, but the word most apt to hit a window, Khiraki [the Roman Urdu word for window], crashed into a light bulb” (97-98). Although the fact that certain words, in theory, should be attracted to their appropriate referents, the natural world (i.e. hail) makes mistakes. Or perhaps such words and their referential connections aren’t so natural after all. Even more confusion arises when curse words begin battling each other in the street, injuring the innocent bystanders nearby, while other words indicating race land on “the wrong people” (98). Words, likes objects, take on lives of their own in these stories, implying the dangerous power of labeling, categorizing, reducing, and objectifying. 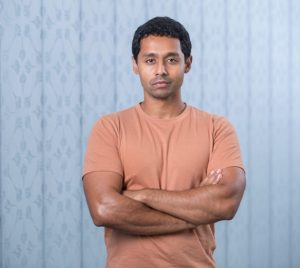 These stories reveal the malleability with which a human can become an object and with which an object can reemerge as a human, but they also focus on how the past can continue to influence and haunt the present. The events from one story reemerge in later stories within the collection as signifiers of past mistakes that return with ominous implications. In “Blatella Germanica,” for instance, a boy wages a war against a cockroach infestation in his slum apartment, only to be driven out by these insects who learn to imitate the human tenants: walking on two legs, speaking human languages, uniting their forces, etc. A hundred pages later, in another story with the same title, we meet the same boy, now an adult, haunted by anomalies that he alone has witnessed. He is again terrified of insects encroaching his home. One by one, cockroaches invade his apartment, where he traps them, questions them, and kills them. Until, that is, the story’s conclusion, at which point the past returns in a forceful manner. “Do you speak English?” the boy asks each cockroach in vain. “Yesterday…I got my first response. Yes Boi, a little” (215). As he feared, the insects slowly invading his home mark a return and resurgence of the forces haunting his mind to this day.

When everyday reality constantly forces migrant workers into situations of dehumanization and objectification, how else can an artist reconcile such notions but to tell fancified tales of suitcases sprouting limbs, humans growing from seed pods, and tongues exploding into signs that fail to signify their referents? When human men and women are treated like disposable waste, ready to be thrown from the roofs, what else do you do but write about men and women throwing themselves from rooftops and being taped back together by some altruistic Middle Eastern Doctor Frankenstein? When the very melding of citizenship and identity and humanity begin to lack meaning, how else do you articulate it but in the guise of tongues ripping themselves from the schoolchildren forced to adopt your colonial tongue and exploding into native signifiers? When your very personhood begins to be swallowed by the corporate and mechanized policies of your employment, how else do you articulate and attempt to critique it but through the narrative of a machine devouring children, the very tool of ascendance now a tool for mechanized consumption and destruction?

Unnikrishnan’s story cycle is a haunting, poetic, and challenging work—challenging on an intellectual and an emotional level. But it is always engaging, always entertaining, rarely straightforward or overly polemical. His work is a careful exploration of the history of a region that haunts him. He bravely confronts issues that should continue to haunt his readers as well, as they are relevant to the particular time and place he references but also important to our shared global future.