Home / Review / The Wildlands: A Review 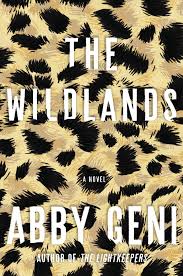 “Man is the animal who tells stories,” Cora repeats. “We have to remember them. We have to tell the stories.” As with her previous fiction, Abby Geni’s The Wildlands narrates a vanishing world. Her second novel, The Wildlands tells the story of the McCloud siblings: Darlene, Tucker, Jane, and Cora. Three years after a tornado kills their father and reduces the family farm to splinters, runaway Tucker McCloud sets off a bomb in a cosmetics factory just outside his hometown of Mercy, Oklahoma, and releases the captive test animals. Injured, Tucker returns in secret to the trailer where Cora and Jane now live with their oldest sister and guardian, Darlene. He elicits help from the nine-year-old Cora, and then invites her to join him on his cross-country eco-terrorist mission. Told in alternating perspectives–shifting between Cora’s first-person and Darlene’s third-person—the story is revealed to be written in retrospect by a much older Cora; but ultimately, this is Tucker’s story.

Tucker’s preoccupation—and thus the novel’s preoccupation—is with the Anthropocene Mass Extinction. In the months on the road with his sister, Tucker monologues. He teaches Cora—whom he has rechristened as his brother Corey in an effort to evade the police—about climate change, species extinction, activism, and animal domestication. Most of all, and most ambitiously, he tries to teach Cora the meaning of life: “Animals don’t worry about the meaning of life. They don’t get bored,” he tells her. Yet, because of “a flaw in the human design,” he explains, “My life has meaning. Yours too, Corey.” His life goal, he reveals to Cora, is to free captured and domesticated animals, and to punish those who keep them captive, in an attempt to return the American mid- and south-west to wildness. Tucker discovered his life’s meaning when he was rendered homeless and an orphan by the tornado: “Animals lose their homes and their families all the time. Human beings come in and take everything from them. That’s what mass extinction is. And that’s what happened to us.” By restoring animals to their rightful homes, Tucker feels he can restore order to the world.

In other words, Tucker has made sense of family tragedy by hearing an almost religious wake-up call. As though to constantly reinforce his own moral imperative, Tucker “spins marvelous tales” in which he narrates and revises the “Tucker and Corey” adventures: “He was captivated by his own heroics,” we read, “a glorious feedback loop of action and mythology, the epic journey of two boys on the run, alive with adventure and purpose, skirting danger and magic at every turn, united and sanctified by their fraternal bond.” And yet, despite this reveling, the novel also reveals storytelling to be exploitative. Tucker runs away from home when Darlene speaks to the press about their family’s experience during the devastating Category Five tornado, an act that sees her ostracized by most of Mercy’s population. Because Darlene “sold our story, she had sold all of us,” Cora realizes. The family becomes reduced to a headline: “THE SADDEST FAMILY IN MERCY.” Having lost their house, their farm, and their father, the McCloud siblings epitomize the symptomatic displacement of climate change. That we might see them as merely “sad” says something about the inability of words to express their sense of existential dislocation. In Geni’s novel, the story of loss and the story of climate change are one in the same. But is telling this story exploitative? Or can it be a much-needed call to action? This tension is the crux of Geni’s novel: where is the line between story-selling and story-telling?

Abby Geni grapples with this question in both of her previous works: 2013’s collection The Last Animal and 2016’s novel The Lightkeepers. In each, Geni’s small-scale human tragedies (marital infidelities, assaults, familial loss, and homelessness) are sites for making sense of planetary loss. Probing, complicated, and beautiful examinations of what we still call the “natural” world loom large in Geni’s work. Yet, despite her elegant prose and engaging philosophical meditations, Geni’s plotting falls somewhat flat. The Wildlands alternates between two familiar narrative forms: Cora’s American road trip narrative featuring a larger-than-life hero, and Darlene’s mystery-laden police procedural. But we do not feel the urgency of Cora’s kidnapping the way we do, say, Lolita’s; nor do we feel the shock of Darlene’s discoveries as we do Miss Marple’s. Nor, in fact, can we pinpoint the unique differences between Cora’s and Darlene’s narrative voices. And so why alternate between the young girl and the young woman at all?

Though the alternating perspectives may have been a misstep, I’m ultimately not so sure that the novel’s problems are due to Geni’s writing so much as they are due to the book’s marketing. The story of climate change is a big one, bound to blur the minute distinctions between human beings. This is something that Cora knows: she learns to take on many different personalities, and to slip easily between them, in service of her larger goals. She thinks of Cora: “Oh, she’s already gone.” And she thinks of herself and Tucker, “We’re the same now.” The story of the climate crisis is a slow one, a vague one; to write it otherwise is to do a disservice to its complications and its unendingness. What dramatic denouement can we expect from a novel whose subject is wildness writ large? To some extent, this novel, which has been marketed as “fast-paced” and as a “literary thriller,” has been set up to disappoint the reader it attempts to hook: a reader who delights in suspense, mystery, and a final shock. But for the reader interested in the gray areas of living in a vanishing world, The Wildlands can indeed be thrilling.