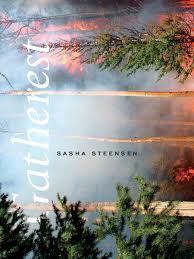 Sometimes I like to think of the poem as a child. The poet gives a kind of birth to a kind of offspring, a word. As it was in the beginning, so it is with the poet, who begins the poem by putting down the word where before there was none. Now that there is one, there must be many. The word conditions the form and void—the page—on which it is written: all things are made by it, and without it was not any thing made that was made. It throws light on what darkness (what nothing) was there. In other words, the word is a light that makes. It does not show merely.

I like to think of the poem as a child because a poem, inasmuch as it is a poem, takes on a life or a mind of its own. Like the child of an old god spurted from the forehead, now the new god that the poem is will turn and rend the parent.

Or, no. The poem is a child, a needy being, whose neediness introduces in the parent a concurrent need that was not there before. The child is a hole into which water goes, and so goes the song of the mother:

That is how love goes, I guess. A need that was not there before. A word, a hole. And then, as reflex, influx.

Sasha Steensen writes of the lyric poem and its writing as she might a child and her being born:

But instead. Instead of inward sight, there is the blinding of grey-eyed wisdom. Indeed, the poem is an errant creature, child of sin, thing of this world. A gift of error. And while it may be true what Steensen writes in her new book Gatherest, that “birth” is “the opposite of flexibility,” the poet likewise bears witness to the new horizons of new needs, new necessities, new rigidities, as though of bone. In the lack at the heart of being (the “zero at the bone”) is being’s completion: “we do not see how we have been /  complete.”

Creation is a limit, yes, but only insofar as it creates limits. There is made what is there. Our word is our law. Whatever we speak, that is the oath to which have we bound ourselves, sometimes not even knowing it. And, as Steensen reminds us, “Agamben says an oath binds word and action, making it both curse and blessing, blessing if the word is full, curse if the word is empty.” But Steensen conditions Agamben when she shows her reader how no word is ever empty—or, at least, it is not empty for long. Both blessing and curse, language is a flood, even as it drains:

the language
of devotion

a small vessel
with one small

In this way, the word is an unwilled welling. A dwelling. So much so that “the danger is that the situational, slowly, but always, becomes habitual.” So much so that we “almost forget / what we lost.” It is implacable, the ontological hydraulics to which Steensen bears witness—this constant flowing of water into holes:

not simply grief
but relief from grief.

Steensen reveals the side of language that is unwilling as a child, as a wilderness. When, looking for order, for clarity and discipline in her daily life, she begins to diagram sentences, Steensen sees “a seemingly endless array of structures, some more closely resembling a razed forest than a growing tree.” Yet, some pages later, Steensen observes, “Glancing at such trees, we see, / visually, / that hierarchy has replaced multidirectionality.” Perhaps Steensen feels what Deleuze and Guattari also felt when they put their rhizome forward: “We are tired of trees.” No, the tree is not the right, that is, the wildest, model. Steensen casts about for one. Gatherest is a three-part book of hybrid forms, including a series of prose meditations that range in topic from the obscure American Transcendentalist Jones Very to sentence diagramming, from parenting to teaching Walt Whitman’s autoerotica. In this essayistic second part, Steensen attends to the work of wilding language, or rather, of revealing the wild roots of the sentence and the line. I mean, the bloodline. Steensen shows how language gets away from its speaker, as your child might caterwaul away into the underbrush of wilderness. You chase after her, pretending to be a monster (trying not to be a monster). 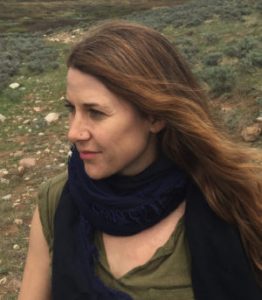 Steensen dilates at length on the genital nature of the sentence, seminal and hymenal at once. Her hybrid prose appears to live by Whitman’s declaration, “Winds whose soft-tickling genitals rub against me it shall be you!” Indeed, she explains that the poems in the first section of her book were meant to be “erotic, an everyday investigation of intimacy.” But these are not just “water poems,” but also “Lenten” poems:  Steensen notes additionally that she has decided to abstain from sex in observance of Lent, hoping, “as Dante had, to transform my carnal love into a new life devoted, as the case might be, to Christianity.” By implication, she channels this procreative drive into her poems. They are poems that grapple with everyday needs. They behave like

They are poems about how the world, so “different from yesterday’s,” has always “already begun to cool.” How water flows into a hole. How a poem is “the watering hole where cogito and coitus meet.” Where even the wind has genitals, seeding itself across the Aeolian harp of the song that a poem is.

Gatherest ends with a long poem focused on fire. But in fact, like the rest of the book, it is perhaps more focused on making. It asks: what is made when a poem is made? Is anything made? I should stress, Steensen and her poem ask this question of the language and the poem, not of “anything.” I mean, anything else. The all else else is. Indeed, Gatherest as a whole would appear to invert the austere biblical statement into a question: was not anything made that was made?

To ask this question, Steensen examines the relation of words to what they reference. She does so by vivisecting “it.” The word, I mean. Though Steensen doesn’t. Mean the word “it,” I mean. Mean the word at all. For sometimes it means exactly what it means. I quote at length in order to avoid a trap in the wilderness of language I am setting for myself:

I’m looking for flourishing
I take it in my hands

they hardly stir
to quench it

their place
and place

themselves not in line
but along the ridge we walk

so cleanly done
it could not be human

it a word we try not to use
so useful now

it opens it
a promethean gift-theft

Steensen seeks to open it-ness using the word “it.” She tries to get at pure being through pure signification. Can making reference do any actual making? Can the poet ever get beyond the limits of language into the world that language, according to Wittgenstein, is always limiting for us?

Maybe not. But what it can do—language, I mean—is remind us of this. I mean this “this” in two ways. First, by “this” I mean the shortcoming of reference and signification, of language and poetry. Second, by “this,” I mean the deictic “this”: that which is here before us. And, like Steensen, when I write “us” here, I mean it. For what is deictic is in context, and contexts are shared. In Gatherest, Steensen gathers us around “it’s” this-ness—or rather shows how “it’s” this-ness gives us us-ness in the first place:

We all have it in common
one long longing

to see it renewed
it touches our body

it is a
flame

we be
for it

We be for it. This is a radical claim, a claim that is always being made on us by the roots in language. I mean, the roots that grow (that long through) in what is common between us: our common ground. And so Steensen’s book ends with a kind of prayer, after all:

to sing
what we serve

The service that Steensen means, I think, is the service that a steward does. The steward that a parent is to her child. That a neighbor is to his neighbor. Or that a poet is to it—or “this that,” as Steensen puts it, trying to put into words what God means when he says the words, “I am that I am,” thus “riddl[ing] our riddle back to us,” the riddle of being, of being riddled with being.