“My vocation is to speak eternally,” wrote Maria Gabriela Llansol (1931-2008). And in Geography of Rebels, an ecstatic meditation on mysticism and writing, she has. Llansol’s biography is a striking one. She fled the repressive dictatorship of her native Portugal with her husband in 1965. Settling into voluntary exile in Belgium, she taught, translated, and wrote. Llansol published twenty-seven novels in her lifetime, twice winning the Portuguese Writer’s Association award. Despite this, she remains unknown in the English-speaking world. Here in the first English translation of this massive oeuvre, Deep Vellum has collected three of Llansol’s novellas, published between 1977 and 1984, together as Geography of Rebels. In it Llansol disregards all conventions of fiction, even life and death itself, and speaks anew.

Llansol was in love with the act of writing. It is hard to describe the heady effects of her prose on the reader. At one point, Llansol tells us her central character, and possibly the narrator, does “not love books.” Instead, “she loved how they became a visible source of energy when she discovered images and images in a succession of descriptions and concepts.” Geography of Rebels is essentially images and images in a succession. It is a pulsating work of thrilling prose where scenes and figures cascade one after another, constantly changing before the reader’s eyes. Stories of sorts gradually emerge and shimmer, gossamer-like, before inevitably evaporating. The mind struggles to impose meaning, even coherence, on Llansol’s work, but she consistently defies these efforts. This defiance is intoxicating but occasionally exhausting.

It is rarely clear who addresses us throughout the fragmentary novellas. Llansol uses historic figures from across time and space as her central characters. They exist together, floating in and out of a vaguely rustic Iberian—and later Belgian—setting that lacks any anchoring to reality. An array of figures is present, but Llansol’s heroes are always dissidents; her heart is with the spiritual geniuses and extremists. Almost all the people she writes about were rebels, repressed in some way by institutional authorities. She’s religiously promiscuous. The Catholic mystic St. John of the Cross (repressed for his zealous reforms), the radical Protestant Thomas Müntzer (executed), and secular Friedrich Nietzsche (driven mad) dominate the first novella. Llansol clearly sees these figures as kindred spirits: mystics exiled by earthly powers. “We are the fruit of an experience of exile,” she writes, “and we have our own language and freedom.”

Later Llansol evokes religious sects like the Beguines and Cathars alongside Ana de Jesus, Meister Eckhart, Hadewijch, Beethoven, and Lorenzo de Medici. Disregarding the limits of human representation, Llansol also gives us dogs, cats, a Pegasus, bears, rivers, and the Poor. She is highly referential, but unusually so. Some knowledge about European religious history is useful. It helps to know, for instance, that Ana de Peñalosa, a central figure in Geography of Rebels, was a wealthy widow who sponsored St. John of the Cross and petitioned him, successfully, to write a commentary to his great Spiritual Canticle. Or that Thomas Müntzer was a radical Protestant theologian and leader of the Peasants’ Revolt, who believed suffering a necessary part of the Christian faith. But Llansol does not write historical fiction. Her characters are images. They barely recall the historic figures they are named for. They are symbols, feelings, and devices that refract Llansol’s insistent emphasis on the act of writing above all else. 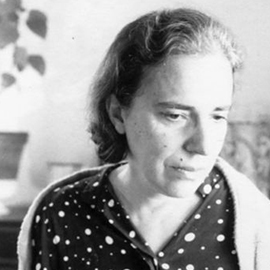 It’s difficult, too, to say what the trilogy is about. In one sense, it’s like glimpsing the interior life of another’s deeply held religious belief. There is next to no narrative drive. One gets an impression of action. In this sense, the first novella, “The Book of Communities,” loosely parallels Llansol’s own exile from Portugal with the travails and imprisonment of St. John of the Cross. The imagery is rich: deserts, exile, the dark night of the soul. Her characters write compulsively, although we never read what they write. Death is present. Thomas Müntzer, Ana de Peñalosa, the unnamed narrator are all dying. As is Nietzsche, a semi-erotic manchild who represents the allure of a kind of secular mysticism. Above all, “The Book of Communities” is a palimpsestic expression of the ecstatic act of writing, which Llansol equates with St. John of the Cross’s own writing, his visions and his death. No death is permanent for Llansol, and these figures recur with each turn of her kaleidoscope.

The second novella, “The Remaining Life,” seemingly takes place during the Battle of Frankenhausen, one of the last battles of the Great Peasant Revolt during the Reformation. It is the site of Thomas Müntzer’s historical death. During the battle Llansol conjures Hadewijch, a thirteenth-century Dutch mystic poet, as her second-self but also a sexual rival. It’s possible to read the martial imagery and eroticism of this novella as a veiled allusion to adultery in the author’s marriage. It may be that Hadewijch, who at one-point turns to Nietzsche as a partner, is Llansol’s personification, occasionally eroticized, of writing. Still, some sequences with Hadewijch are jarringly grounded compared to the rest of Geography of Rebels, and the recurring image of dismemberment in “The Remaining Life” suggests real pain and retribution.

The third and slowest-moving novella in the trilogy, “In the House of July and August,” describes an awakening of feminist solidarity in a community of Beguines, a semi-monastic group of lay women in Northern Europe. In the embrace of sisterhood, whose “distinctiveness is an experimental mysticism,” Llansol sets out and returns and discovers herself. Throughout the final third of Geography of Rebels, the River Tagus, the river separating Spain from Portugal, is given bodily form. He is a figure to be loved and reckoned with. Ultimately, he or it calls Llansol home, both to Portugal and, to some extent, to a mystical experience within the Catholic Church. If there is a narrative arc to Geography of Rebels, it’s one of many deaths and many resurrections, of exile and tentative return. It is, perhaps, a record of Llansol’s life conveyed via free writing.

Llansol is most frequently compared with the great Jewish-Brazilian novelist Clarice Lispector. She shares Lispector’s intense interiority, hypnotic prose, and antipathy toward narrative. But Llansol is even more opaque. She is constantly restless. She leaves gaps in her prose for the reader to fill. She shifts perspective, scene, genre, even being itself mid-paragraph. Her prose frequently collapses into Dickinsonian poetry with no warning:

“— If you have come to die, come die in my room. — Entering into ecstasy      the delicious

mornings     serenaded by the equilibrium of the mornings

it is a young woman’s bed

it is the time of darkness:

all day the sun remains

If my sons come,

if I hear the beating of oars,

I will go down to the garden

and doesn’t want to see anyone.

To some extent, Llansol writes in the tradition of Iberian novelists of ideas. But unlike, say, Javier Marías, Llansol neither expects nor cares if her readers understand. She anticipated little audience in her lifetime. There is no modern Ana de Peñalosa petitioning Llansol for a commentary on her Spiritual Canticle. It is enough simply to read and to write and to commune.

And reading Geography of Rebels is an unforgettable experience. Llansol’s hallucinatory prose is genuinely transfixing. Deep Vellum have done a great service bringing this trilogy out in English, and Audrey Young’s translation gives Llansol’s imagery remarkable coherence. The decision to publish these three novellas in one volume is commonsensical and ultimately the correct one. One consequence, however, is the impression that they should be read in succession. A reader may get the false sense that each novella might provide a key to the last. To approach Geography of Rebels as a traditional novel or even trilogy is a mistake. Llansol’s aversion to virtually anything resembling a plot or a character means she is entirely reliant on her prose and the images she conjures. Llansol’s writing is to be drunk in on its own terms. If you read each novella in succession, by the time you reach the longest, “In the House of July and August,” you are exhausted. Each of these stunning novellas ought to be read alone, interspersed with more traditional fiction, and truly treasured.

Joshua Tait is a historian who specializes in right-wing thought. He tweets at @Joshua_A_Tait