FICTION by AMY SAVAGE
When I went in for my hysterectomy, I flirted with the nurses. Though I appreciate the female form, I was not aroused by their competence and clogs. They were required to serve me and I was required to accept their service…

FICTION by SARAH EARLE ZÁHORÍK
I don’t have an appetite for the lamb shanks, too humid, but the vinho verde is delicious. I put down my fork. Joel pours me another glass; he’s procured the whole bottle, “for the table” he’d said grandly, placing it in reach of the tottering white-haired ladies to my left, and the three surely-lacross-players to his right, slugging beers. Joel smiles. He doesn’t even like white wine, but there it is. For me.

FICTION by JERRY WHITUS
There was to be a wedding at the old Bethel Church, which seemed peculiar. As far as Edith knew, nothing happened there these days except club meetings or funerals for families with plots in the church’s ancient cemetery. Then came a jolt, the bride’s maiden name—Cotterill.

Edith spread the paper, The Sour Springs Record, on her kitchen table, so a strip of sunlight fell over a picture of the bride, shown standing alongside a horse. A handsome girl with a self-assured smile, dark hair that disappeared behind her shoulders. Raised in Houston, the article said, her father in investments, her mother some sort of artist who ran a gallery. A grandfather, Eldon Cotterill, now of Beaumont, had grown up in the Sour Springs community. No mention of the man’s wife, but there was timberland and an old homestead on a lake in the Thickets. Among the bride’s passions was historical preservation, and thus her fascination with the little church, which her grandfather’s father had helped build “the way they did in those days.”

REVIEWED by DOREEN THIERAUF
Hurry Please I Want to Know is Paul Griner’s second short story collection, following the release of his third novel, Second Life, in early 2015. This eclectic yet wonderfully coherent collection proves once again Griner’s acute grasp of the complex and slippery emotions leading from gladness to mourning. Throughout, his characters take the reader on rich and elegiac journeys, each of only a few moments’ duration.

FICTION by WENDY WALLACE
We have names for everything, and they are usually in Denglish, the language we speak with each other. The bedrooms in the Wohngemeinschaften, the student housing apartments, open to balconies. Each bedroom has one—large enough for a few huddled smokers or some creative outdoor sex. These buildings look like concrete honeycombs. Some of us live in the Altstadt, the old part of the city, where the cobblestones and bedrooms smell sweet and damp like caves. And some of us live in Eppelheim, in a place called Alcatraz. We find this endlessly funny. Alcatraz is not very prison-like except for all of the exposed concrete and metal. The railings are painted blue and yellow and red.

FICTION by TAD BARTLETT
It’s a Saturday in January, late morning, as Joe Alsobrook slides down the gully side into the creek bottom and hikes far up the creek by himself, a second-hand coat keeping him warm, and a hat that smells like camphor. It’s 1983, a new year, and Joe is eleven years old and lives with his mother and father and two older sisters in their small town in a small house with dirty green shag carpets, peeling linoleum in the kitchen, and an ever-present smell of dog piss. But the house is a good house because it sits next to the gully with the hardwood bottomland and the creek running through it.

FICTION BY GWEN GOODKIN
I stick my hand inside my coat to unfasten my key from the safety pin, and I can tell by how quick the pin moves, how thin it feels, that the key isn’t there. I cross the street in front of the school bus and make my way to my house. The cold makes the bones in my hands hurt. Fresh snow covers this morning’s dull snow. It looks stiff and tricks me into thinking I can step on it, but I drop through. The skin of my ankle is wet. The wind is an Indian burn.

FICTION by TAMARA MILLER
It is six a.m. and the line of cars outside the parking lot is already snaking out of sight. Silver Chevy Blazers, white Ford F150s, SUVs, pickup trucks, an occasional station wagon or ancient Buick idle in the glimmering pre-dawn. I sit with the heat running and read with the dome light on. At six thirty the gates are unlocked and cars start flooding in, filling each row in a disorderly quadrille. I park my black Mercedes between a beige station wagon that looks like someone bashed in the taillights with a baseball bat and a shiny white Escalade.

FICTION by MARGARET F. CHEN
One Saturday afternoon, Mark and Annie Zhang decided to visit their tenants, Frank and Naomi Olivetti. They wanted to see for themselves the purportedly amazing landscaping work the Olivettis had completed over the past few months, as reported via one of their former neighbors, Mrs. Winifred Callahan. Mrs. Callahan had initially contacted Mark and Annie about a downed maple she had insisted, quite rightly, that the Zhangs remove from her yard after a windstorm knocked it down from the Olivetti/Zhang side. This the Zhangs accomplished with upstanding promptness, hiring the EZ Tree Company whose phone number and reputation (“expensive but good”) Mrs. Callahan had conveniently furnished, along with an unsolicited update on the Olivettis.

FICTION BY WARREN JONES
The voice-over from channel seven said, “The Pick-Four number for Friday night, September 25, 2009, is zero, three, seven, five.”
Ed almost leapt from his sofa. “We’re rich, Mister Brown, we’re rich!” His house mate, a large Chocolate Lab, lifted his head, yawned widely and eyed Ed skeptically. “Okay, not really. But hey—a thousand bucks isn’t exactly chump-change, is it, big guy?” Ed ruffled Mister Brown’s ears and turned back to the television. There she was, Lady Luck, in another ad for the Virginia State Lottery. 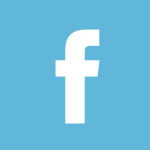 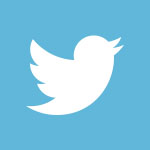 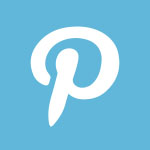 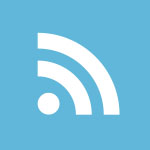 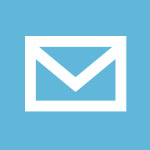